As a healthcare provider, I am driven to helping others. This passion is what led me into the field of nursing and advanced practice nursing. When the COVID-19 crisis hit the United States, and hospitals were inundated with illness, I began to feel that I was not fulfilling my duty, and responsibility, as a healthcare worker. As of this time, I am primarily working in addiction medicine, and although this role is extremely rewarding, I was not helping where I knew I was most needed. I decided to offer my services to help with COVID-19 relief and within 24 hours I received a call that I was needed in Brooklyn, New York. I was on flight 48 hours later, headed into a world of unknowns and uncertainty. 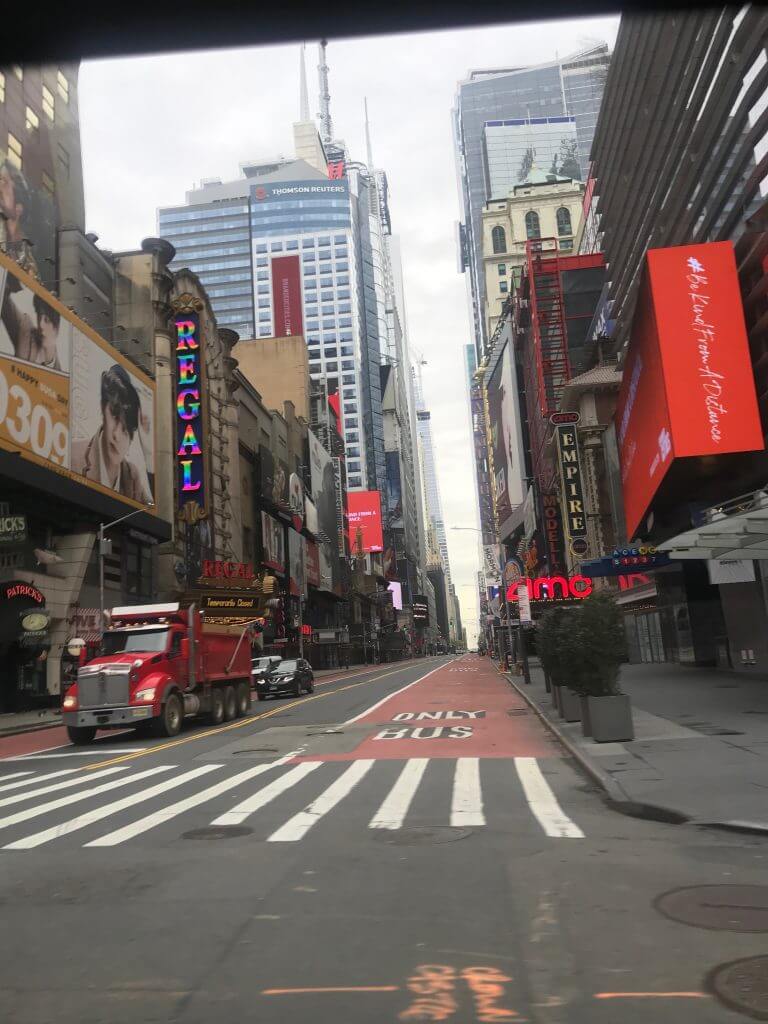 When I arrived at the airport to depart, reality started to set in. My fear for the trip was magnified when I noted how empty and desolate both the airport and my flights were. I had two flights before reaching my final destination of JFK airport, and on both flights, there were no more than 15 passengers and crew members. Upon arrival to New York, I took a car to orientation and noticed how empty the streets were, of both pedestrians and cars. The silver lining to this was that the trip from the airport was cut down from 2 hours to 20 minutes! 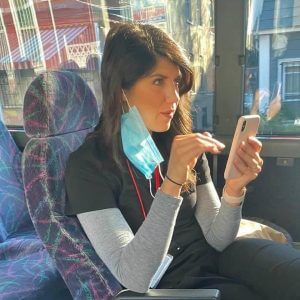 Orientation was slightly chaotic, as you can imagine trying to corral hundreds of healthcare professionals would be difficult. I was informed that I would be placed at Billie Jean King Tennis Center, an overflow makeshift hospital for Elmhurst Hospital in Queens. The next day we reported to the site for instruction and had planned to have patients on-site the same day, however, this was not the case. The site still had a large amount of work that needed to be done before housing patients, which is what kept my coworkers and I busy for the first week. We put together beds, unloaded trucks, organized and inventoried pharmaceuticals, and helped to finish the center. By the second week, we were approved to begin receiving patients. Everyone was nervous to begin seeing patients, and some clinicians left due to high levels of anxiety.

The patients we received were admitted to Elmhurst Hospital and then transferred to the center I was stationed at after stabilization. Oxygen was provided to patient’s rooms through large tanks from outside of the facility that then ran through an intricate network of tubing that was strung to each individual room. Due to oxygen coming through this system versus the set up of a normal hospital, we were not equipped to run vents. Because of this, once a patient required intubation, they were immediately transferred to the hospital. Most of the patients were not in critical condition, however, we did receive several individuals that took a turn for the worst and were sent back to Elmhurst Hospital for a higher level of care. 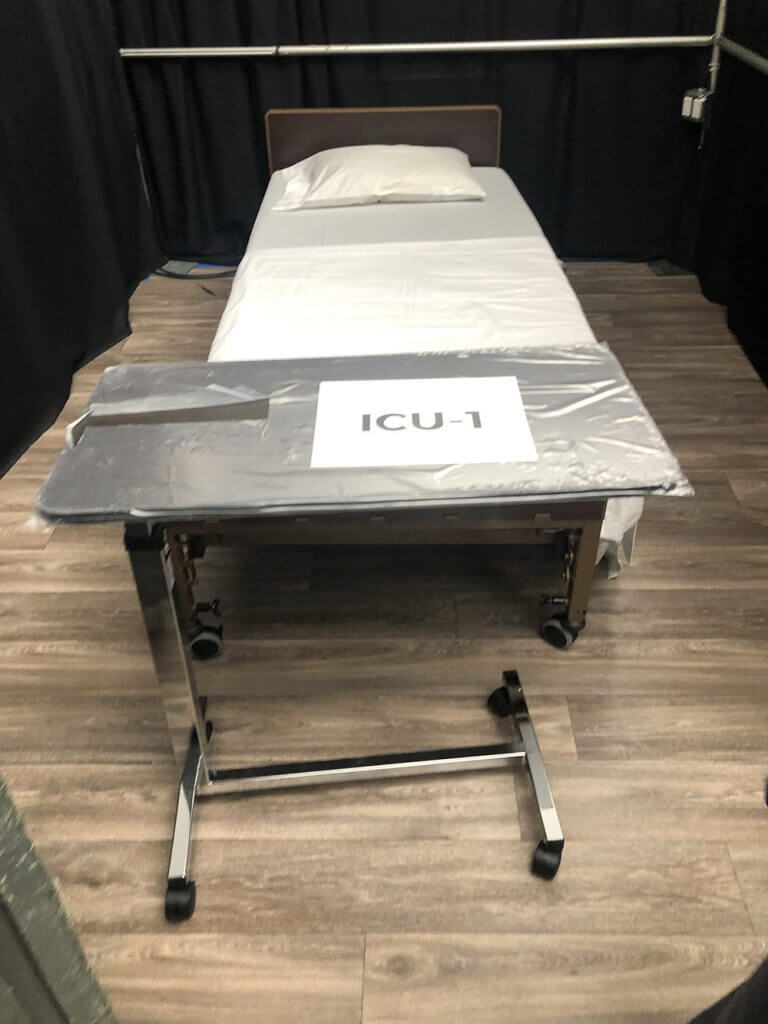 On admission to our facility, these patients were struggling to get adequate air, too weak to walk, and barely eating. The treatment guidelines seemed to change daily, which is not only confusing and scary for the patient but also sets unrest among staff. After many ups and downs patients gradually began to improve. During the 4 weeks of patient care, we were able to see patients rise from hospice level of care to walking, and then eventually they were cleared for discharge. For some, this meant returning to families and homes, but for most of it meant returning to the streets or shelters. Each patient received a bag stocked with clothing, shoes, toiletries, blankets, and other essentials to make their transition as easy as possible. It is debatable whether or not the staff or the patients were more excited about celebration tunnels at discharge. 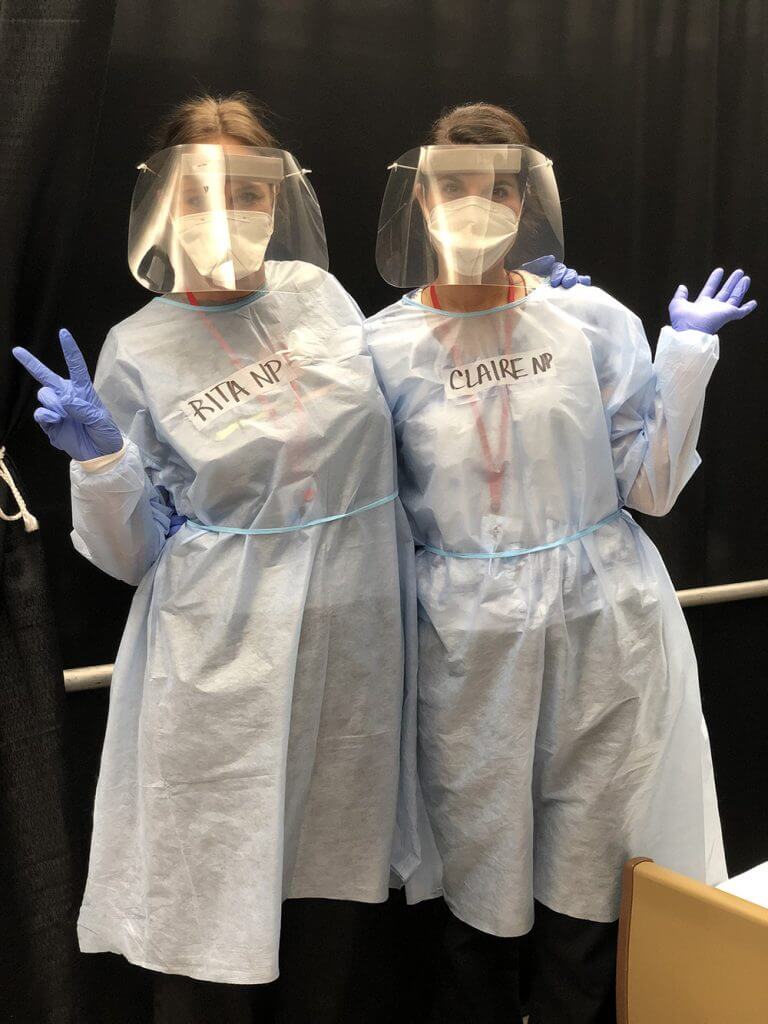 The gratitude NYC showed for our service was humbling. Since being back home, neighbors, friends, and family have shown appreciation, but I am the one with the most thanks for this experience. My heart was so full during this time and I was able to work with brilliant healthcare professionals from around the country as we worked through the struggles of treating COVID-19 together. Each patient will always have a place in my heart and I will always remember this life-changing experience. 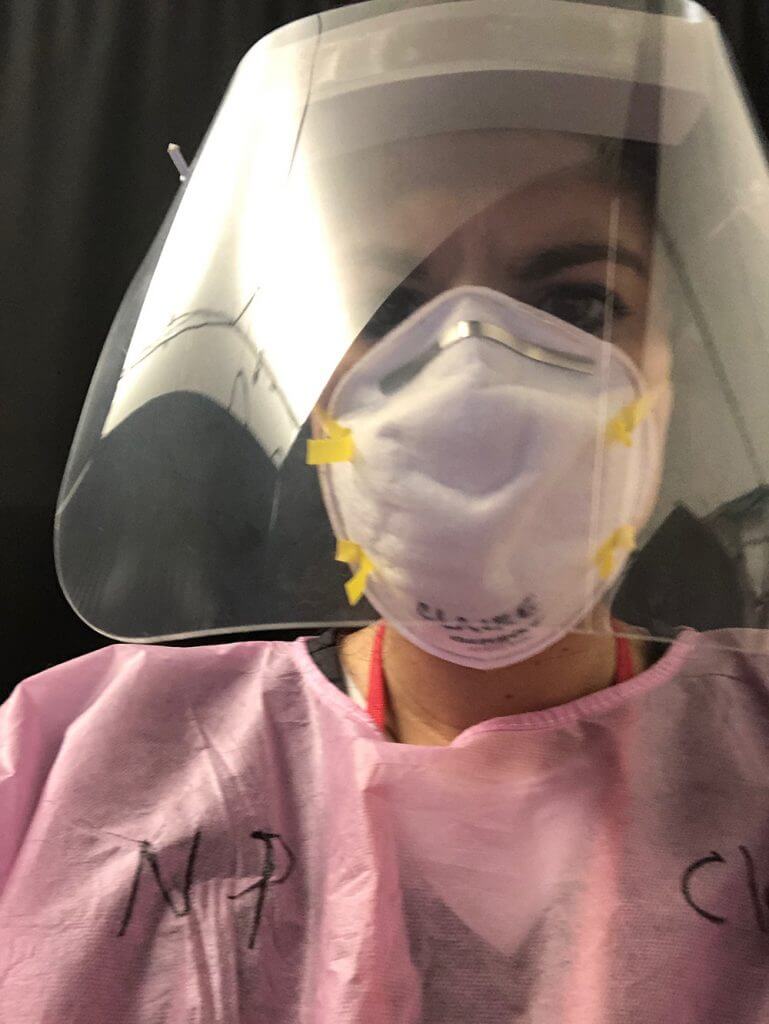